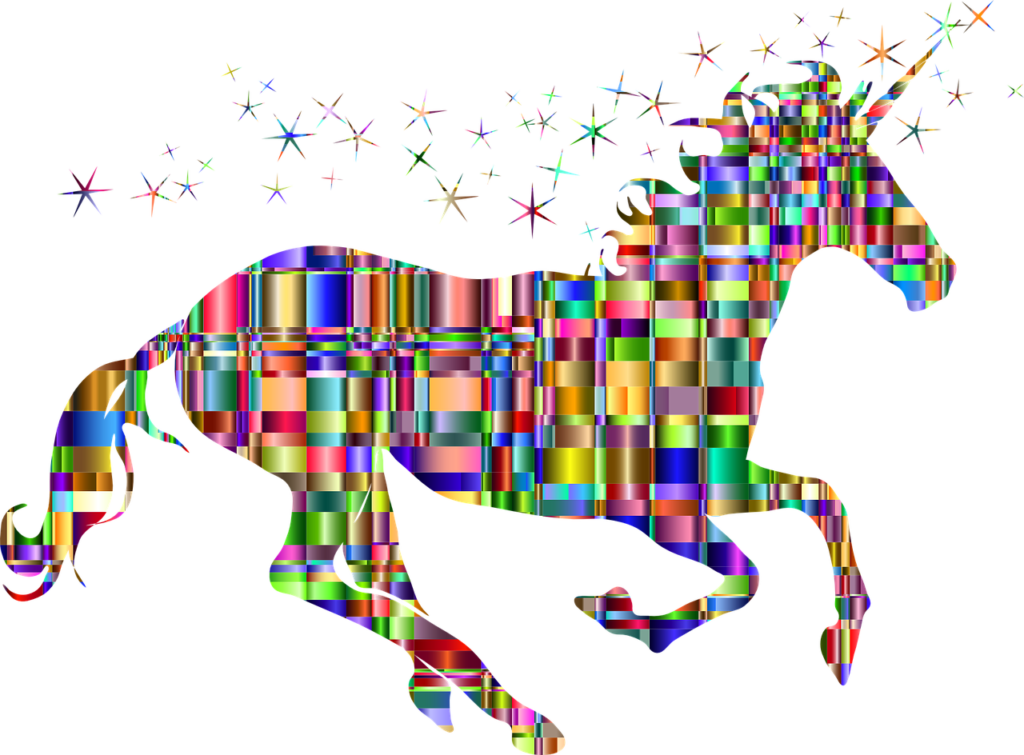 Why are Unicorns So Symbolic of Empowerment?

Deciding that the unicorn would be the perfect symbol for the Magical Unicorn Project was a no-brainer. But that’s because I’m well aware of the symbolism behind the unicorn.

And ever since the project came to be, I’ve come across even more awesome information about unicorns.

For one, “uni” is Latin for “one”, which refers to the mythical creature’s single horn. Most animals are equipped with two horns. The nature of this project is inclusive and promotes unity. It’s certainly not about men vs women but, rather, it’s in the name of our united front as we work together harmoniously to create equality for everyone. The unicorn’s single horn symbolically reminds us of this unified effort as we work towards one common goal.

Unicorns help protect and cure us from cultural poisons
Originally, unicorns were seen simply as a natural history curiosity, known only from reports out of the far east. Unicorns appeared gentle but were perceived as fierce! Even though they were quite dangerous, they were worth hunting because their horns acted as protection or a cure against all poisons.

During Medieval times, western Christians added all of the associations of purity – being tamable by virgins, and the like. The idea of the unicorn horn being a uniquely effective cure for poisons remained.

Unicorns help empower women – Sparkle up the fantastical magic now!
All of the rainbows, sparkles and shine spreading over social media do raise the question of whether unicorns are just infantilizing us all – transforming adults into women who titter in baby voices and take business meetings over multicoloured coffee drinks topped with dollops of sprinkled fluff. In other words: exactly the stereotype many of us are trying to escape.

But brand strategist Jess Weiner, CEO of Talk to Jess (she’s also the one who helped give Barbie a more realistic, body-positive makeover), says that, while she can see the various issues unicorns can raise for women – the horn could be interpreted as a psychosexual phallic symbol and there’s that whole come-hither-virgin-situation – she thinks they’re actually empowering.

“Women are in need of fantastical magic in their lives right now, because we’re surrounded by culture and politics that are very bleak and dark and oppressive,” she says. “Unicorns are rare, they’re powerful, and they’re imaginary, so they’re capable of anything. And they do have a certain girly undertone because many of us associate them with our childhood, so they’re unapologetically feminine. Why wouldn’t we own something that’s just for us and inspires us to believe in our otherworldly capabilities? We’re being faced with some dire messaging around being female. Unicorns are our chance to escape and have some fun.”

We’re craving brightness and happiness during a dark time, so the cheerful, bubbly, social media-created unicorn frenzy helps offset how we’re all feeling as a culture right now – versus the ominous werewolves, vampires and zombies that were popular when times were more hopeful.

It also makes sense when you consider that the actual word unicorn has taken on new, more positive meanings: the Merriam-Webster dictionary will tell you it’s either “a mythical animal typically represented as a horse with a single straight horn projecting from its forehead,” or “a start-up company valued at more than a billion dollars, typically in the software or technology sector”.

Unicorns are great for celebrities, Instagram and dark political times. It seems unicorns were made for us in this current moment in time!