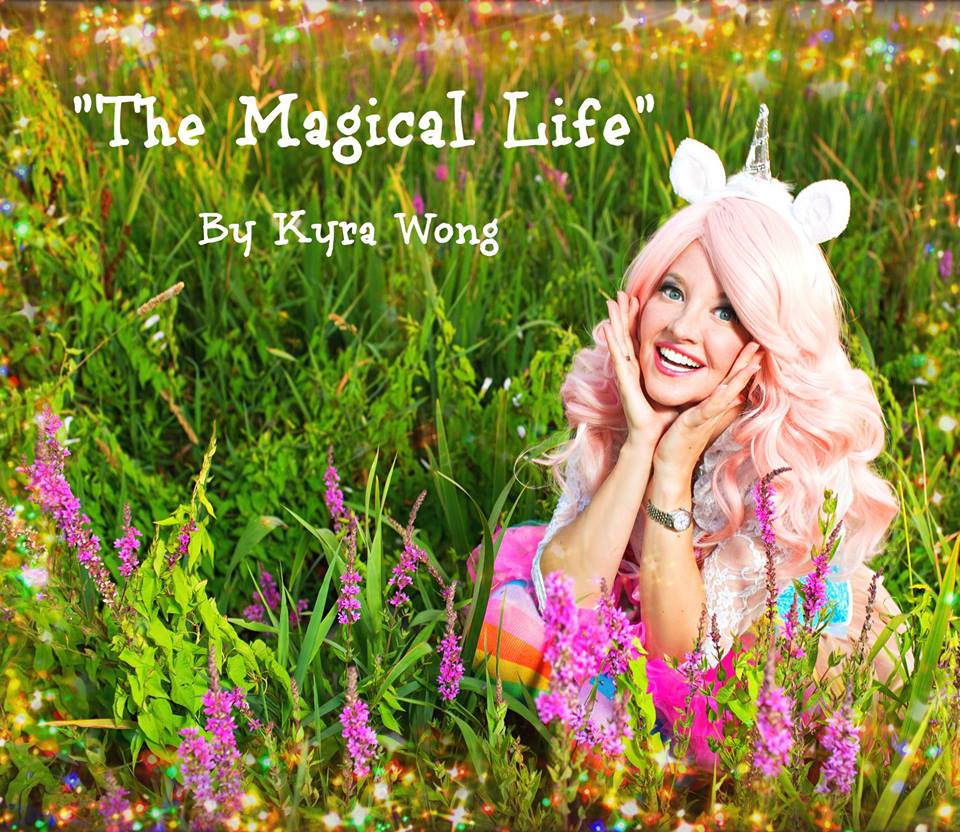 I’m a huge believer that things happen for a reason. In fact, I recently read a book that both resulted in an awesome personal journey and empowered me to make a difference in the lives of many other women by telling my story! Win-Win!

It all began this past April. I was going through the security lineup at the airport on my way to Cancun. I make this trip every year with my top-performing industry associates and always look forward to it.

As I was making my way through the line, one of my brokers, Rebecca, asked me to wait for her after I got through security because she had something for me. Once reunited on the other side, she handed me a book. While looking at me with her big, bright eyes and an intense gaze, she said: “Kyra, I have a book for you. You need to read it. And you need to write in it.” I looked at her a little confused, so she explained to me that her sister had a foundation that produced books… and all the money went to help educate and empower women in need.

So, on the six-hour flight from Vancouver to Cancun, I read the book from cover to cover. Upon arrival, I walked into the Cancun terminal and found Rebecca waiting for her luggage at the carousel. Without hesitation, I said: “Okay, I’ll do it”.

Being a book contributor isn’t something I would have done on my own accord. In fact, this would have never come to be had it not unfolded exactly how I explained above. But I do believe in fate and that everything happens for a reason.

Just one month prior, one of my “Leading Ladies” from the interview series through the Magical Unicorn Project had been putting pressure on me about telling my story as well.

I was reluctant to do this because, in my mind, the project was about showcasing others while I was simply there to facilitate conversations. If there is one thing that I’ve learned, however, it’s that “what you resist, persists”.

Growing up an ‘invisible’ minority

This is how I began my journey to explain in one chapter (3,000 words) how I found myself growing up an ‘invisible’ minority. A unicorn of sorts. What exactly is an invisible minority? It’s someone who’s different from the norm – whether they were born that way or circumstances spurred change – but not in a visual sense. If you were to see this person on the street, you wouldn’t know they were different because it’s not visible to the naked eye. But, if you were to get to know this person and they were free enough to share their difference, you would quickly understand.

Unlike a visible minority, who you can clearly identify because of the colour of their skin or other outward traits, invisible minorities exist but can’t be seen in a pure visual sense. Just like unicorns.

By all appearances to the outside world, growing up I looked like your typical, happy-go-lucky, vanilla-scented Caucasian girl… and one could only assume that I had the world on a string. The kids in my school classroom knew the truth, though, because this was the place where all of my outwardly invisible differences turned into something visible… through all the many things I wasn’t allowed to do.

This was a long list! I wasn’t allowed to: stand up for the national anthem; attend birthday parties; have schoolmates over to play, participate in any art activities or school concerts that involved the holidays; and on and on it went.

I’ll never forget one of my worst days, which happened when I was in grade two. I received an avalanche of Valentine’s Day cards from all my loving and adoring classmates, but I wasn’t allowed to give out a single card in return. How do you explain this so children will understand? I ran to the bathroom and cried in shame for not being able to give back and let my friends know just how much I loved them too.

I often found myself either not being able to participate at all or having to do some other kind of non-conforming activity on my own, separated from the rest of the herd. As a result, it was the visible minorities who were my closest friends. They were different too. And while, their differences were outwardly visible unlike mine, I found myself identifying with them the most.

I also have a soft spot for people within the LGBQT community because they’re often invisible minorities who struggle to fit in and be accepted by their families, much like me. I know how hard it is when you want to please your parents and be what they “WANT YOU TO BE”, but you’re not able to authentically be that person if you’re going to be true to yourself and live as the person you were born to be.

Going through life as an invisible minority conditioned me to accept being different. As hard as it was at the time, I developed a tough hide and a formidable spirit. It literally takes nothing to join the crowd, but it takes everything to stand alone. And I can definitely stand alone. I have a superpower inside me now that’s fearless when it comes to taking a position, speaking out, and being a disruptor, agitator, or mover and shaker… as long as it’s for a good cause. I’m not afraid of being judged or what the mass mentality will think of me because I don’t follow the herd. I was never part of the crowd.

Regardless of who you are, here’s some advice I hope you’ll find helpful that I’ve given within the chapter of my story, “The Magical Life”: “I would encourage everyone to step outside of their comfort zone without the fear of being different – be afraid of being the same as everyone else! You will never influence the world by being just like it. Be brave enough to break new ground, have fun, sparkle bright, and don’t worry about what people think; choose to be a unicorn in a field of horses. Believe in yourself even if nobody else does. All you’ve got is you!”

Thanks to you, we hit the top!

Thank you to everyone who supported me through the online book launch of “Empower with the Power of Collaboration” on Amazon! It hit TEN #1 Bestseller categories and raised lots of money for the WOW foundation – a non-profit organization created to educate and empower women. Yay!!!

If you haven’t had a chance to purchase the book, you can click here to find it on Amazon!